1 edition of Gloster Gladiator & Hawker Hart found in the catalog.

in combat with the Swedish Voluntary Wing F19, Finland 1940

Review. Santa came early this year with a magnificent monograph on one of my favorite Blitzkrieg-era subjects. I must've been a very good boy! Penned by Richard A. Franks, The Gloster Gladiator – 12th in Valiant Wings' outstanding "Airframe Album" range – spans pithy pages over four chunky chapters: Introduction – with Gladiator design, development, deployment, and disposition notes. The Gloster Gladiator was the RAF's last biplane fighter. Gloster designed the prototype as a private venture S.S, a successor to the Gauntlet then in RAF service. In July the Gladiator was ordered for the RAF to Spec. 14/35, the initial contracts being for 23 fighters. A further were ordered in September and production.

The Gloster Gladiator was the first British fighter with an enclosed cockpit, and the last British bi-plane fighter accepted for service into the RAF. Obsolete by the outbreak of World War II, nevertheless Gladiators fought with some success on several fronts. The Finnish air force claimed 45 victories over Russian aircraft in the Winter War for 15 Gladiator losses. Gloster Gladiator RC Plans at 1/5 Full Size. The Gloster Gladiator is CAD designed and takes up 9 sheets,36"x75". Each sheet is described in detail with design intent explained. Sheet 1-Fuselage Side View of the Gloster Gladiator. 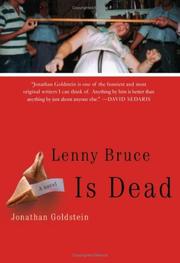 I have long since been fascinated by the Gloster Gladiator and am glad to have finally read this book. It not only covers the Gladiator aces, but also the pilots who later became aces with other types aircraft and pilots who had kills in them/5.

Gloster Gladiator and Hawker Hart: In Combat with the Swedish Voluntary Wing F19, Finland The Swedish author Mikael Forslund has written a book in English about the voluntary Swedish unit F 19, which took part in the Finnish-Soviet Winter War of This is a most welcome addition to the literature about the air war between Finland.

A little bit of background. The Gloster Gladiator occupies an important place within the history of the RAF. The last of the RAF’s biplane fighters, the Gladiator had some modern features, such as an enclosed cockpit, a first for an RAF fighter, as well as an armament of four machine guns.

The Flying Regiment F 19 arrived in Finnish Lapland on 10 Januaryand remained there until the end of the hostilities. It fielded 12 Gladiator Mk II fighters, two of which were lost during the fighting, and five Hawker Hart dive bombers, plus a Raab-Katzenstein RK liaison aircraft and a Junkers F transport aircraft.

Colonel Gaddafi's Hat. Alex Crawford. from: N/A. The Gloster Gladiator (or Gloster SS) is a British-built biplane fighter. It was used by the Royal Air Force (RAF) and the Fleet Air Arm (FAA) (as the Sea Gladiator variant) and was exported to a number of other air forces during the late s.

The Gladiator was the last operational biplane fighter to be used by the RAF. Brought into service a few years prior to the start of WWII (early for the Mk I, mid for the Mk II), it saw action with and squadrons in France as well as limited use during the Battle of Britain as a point defense fighter with squadron at Rodborough.

Classic designs like Hawker Hind, Fury or Gloster Gladiator all prove the point. The Gladiator was produced between and There were three major versions Mk.I, and the Sea Gladiator. had been made. The first part of this profile collection is devoted to pre-war period.

Everyday low prices and free delivery on eligible : Mikael Forslund. A few years ago, I decided to "bite the bullet" and try designing my own scale RC plane plans. My first attempt was a Hawker Hart. The Hart was a 's biplane bomber, that the Royal Air Force used for many years.

I had a plan for a smaller plane (designed by Gordon Whitehead, a well known English designer), in my collection, so I had a good place to start. The Gloster G, prototype of the Gloster Gladiator Mk.I (Gloster Aircraft Co., Ltd.) 12 September Hawker Aircraft Company test pilot Flying Officer Phillip Edward Gerald Sayer made the first flight of the Gloster G, a prototype fighter for the Royal Air Force, designed to reach a speed of miles per hour ( kilometers per hour) while armed with four machine guns.

Gloster Type SS, subsequently named "Gladiator", was constructed at Gloster's plant at Hucclecote, Gloucester, also known as Brockworth. This confusion over address names came about because the boundary between two adjacent parishes actually crossed the airfield.

A Gloster Gladiator Mk I of 73 Squadron, Royal Air Force -   Launcester is close to Gloucester (Gloster) which make me suspect that company. The Lance is described to have two machine guns. Perhaps the Gaunlet. In some editions of the book there are reference to a closed cockpit.

History of the RAF's last biplane fighte /5. These new kits are a Gloster Gladiator Mk I / Mk II and a Hawker Hart. The Hart was the first multi-role aircraft and one of the most versatile aircraft of its day. Produced initially as a bomber, it was also developed into a fighter, trainer, Army cooperation and target tug aircraft.

Never before has a single volume been devoted exclusively to the intrepid and disparate band of pilots who could claim to be Gladiator aces. Flying the ultimate British biplane fighter, pilots in China, Finland, East Africa, North Africa, Western Europe, the Mediterranean, Norway and the Middle East all scored the prerequisite five kills to become aces.